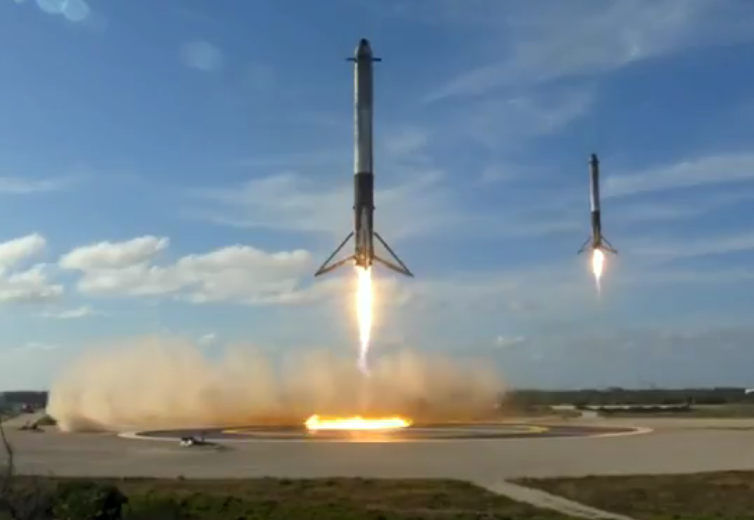 The payload for Falcon Heavy’s demonstration mission is SpaceX  CEO and Lead Designer Elon Musk’s midnight-cherry Tesla Roadster.  Demonstration missions like this one typically carry steel or concrete blocks as mass simulators, but SpaceX decided it would be more worthwhile to launch something fun and without irreplaceable sentimental value: a red Roadster for the red planet.  Following launch, Falcon Heavy’s second stage will attempt to place the Roadster into a precessing Earth-Mars elliptical orbit around the sun. 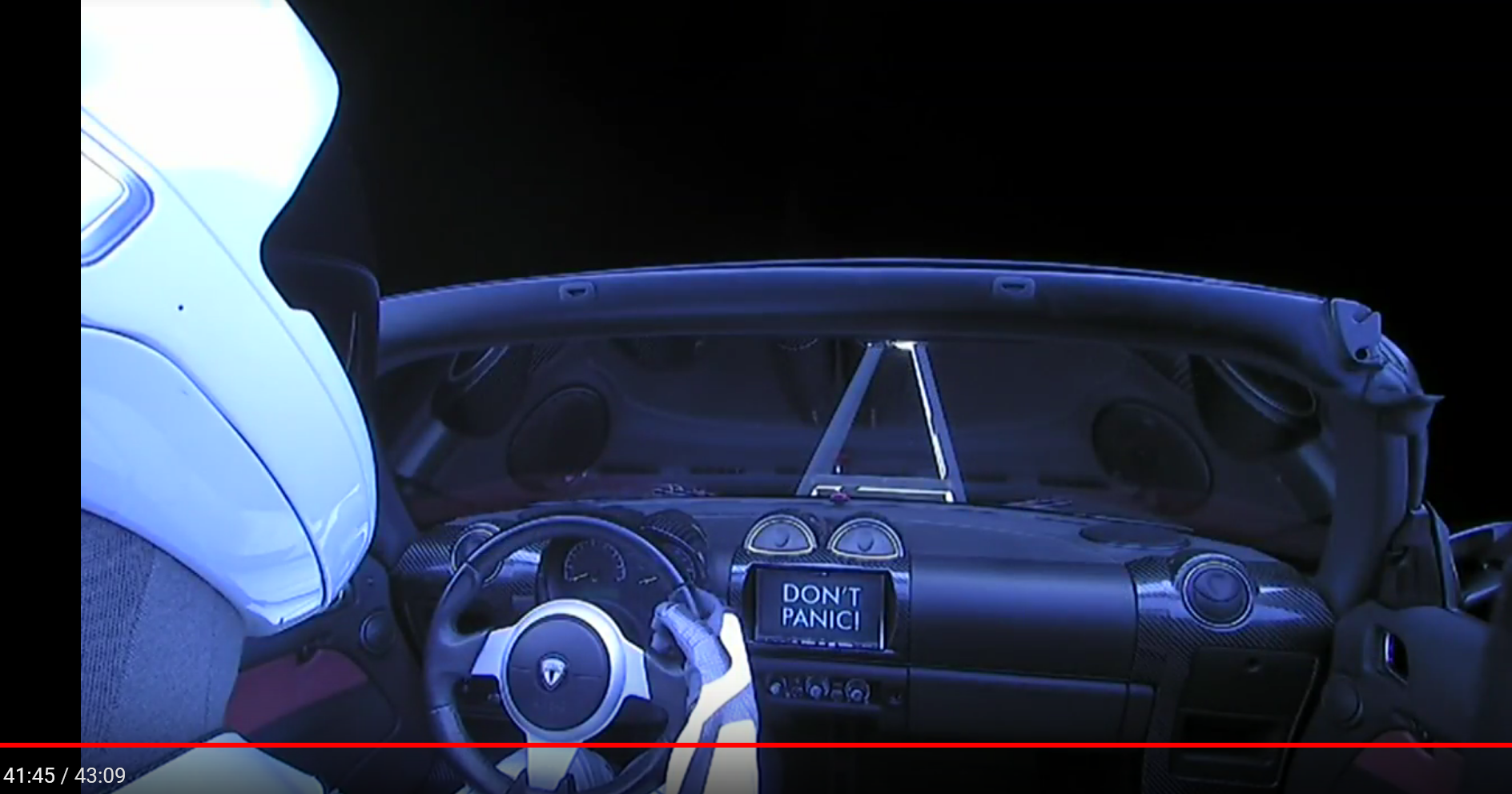 Once in orbit the rocket sent back video of the spacesuit-wearing mannequin "Starman" in the red Tesla Roadster with a hand on the steering wheel. On the dashboard were the words, “Don’t Panic,” a nod to Douglas Adams’s book, “The Hitchhiker’s Guide to the Galaxy.”

SpaceX's Falcon Heavy was designed from the outset to carry humans into space and restores the possibility of flying missions with crew to the Moon or Mars.

Printed on the circuit board of a car in deep space